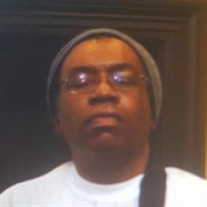 Parrish Curtis Hicks was born on November 14, 1961 to Richard and Gloria Hicks in Chicago, Illinois. Parrish accepted Christ at a very early age. He was baptized at New Nazareth Missionary Baptist Church under the leadership of the late Rev. J. E. Hopkins. He later continued his Christian experience at Chicago Embassy Church under the leadership of Pastor Chris Butler and the founder Bishop Edward Peecher. Parrish served his church family as a musician (bass player). Parrish attended Chicago Vocational High School. He later attended Chicago School of Woodworking where he received his certificate. He also received a certificate in Computer Programming. Parrish played for Haitian Roots Band, Kreyol Roots and his most recent Magic Carpet. His style and favorite sound was Haitian Roots, Jazz and Funkadelic. It had to be funky. Parrish also recorded a song he wrote called "Big Shirley" (it's on YouTube). He was a perfectionist at whatever he desired to do. Parrish lived for what we referred to as picking that guitar, all music, stepping and what many may not know, art. Drawing was his first passion. The Lord blessed him with all his gifts because he mastered them all on his own. Even though he could play anything by ear, he later taught himself how to read music. Parrish worked as a custodian where he lived. There wasn't anything he wouldn't do for anyone. He was a jokester, loved to laugh, he was smart, intelligent and could solve ANY math problem. His niece would ask, "How did he do it so fast?" His response would be, "I'm King P." This he definitely was. He worked at several nursing homes as security and Time Life Magazine for 10 years. On April 26, 2017, God sent his angels to relieve Parrish of all his countless duties. His father, Richard and his brothers, Ray and Kenneth all preceded Parrish in death. Parrish leaves to cherish his memories, his mother, Gloria, who loved him beyond understanding; his children, Parrish Jr. (Kathy) and Tauren; his grandchildren, Parrish III, Pierre, Kayla and Melody; brothers, Ray Anthony (Tina), Brent, Maurice (Lisa), Wayne (Colette) and Barry (Juanita); sisters, LaTanya (Andre) and Gemini; aunts, Penny, Vera, Annette, Charmaine and Jan; one uncle, Augusta; six nieces, eight nephews; a special friend, LaSandra; Haitian Roots Band, Kreyol Roots Band and Magic Carpet; and a host of cousins, other relatives and friends too numerous to mention.

Parrish Curtis Hicks was born on November 14, 1961 to Richard and Gloria Hicks in Chicago, Illinois. Parrish accepted Christ at a very early age. He was baptized at New Nazareth Missionary Baptist Church under the leadership of the late Rev.... View Obituary & Service Information

The family of Parrish Curtis Hicks created this Life Tributes page to make it easy to share your memories.

Send flowers to the Hicks family.