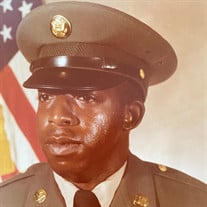 Anthony Williams was born in Chicago, Illinois on May 5, 1950 to the union of Edgar and Mildred Williams. Anthony was a very active, happy baby and the second child but first boy of three children. He was affectionally called “Andy” by his parents and sister Patricia, but called “Tony” by his brother Calvin and his friends. Anthony’s Christian education started at the Temple of Brotherly Love Community Church. He was baptized at an early age, attended Sunday school, and was a member of the children’s choir. However, Anthony received his formal education through the Chicago Public School System where he attended John Fiske Elementary School and A.O. Sexton Elementary School. After graduating, Anthony entered Hyde Park High School. Regrettably, he was not able to continue attending the school due to gang violence and intimidation. Consequently, without any other recourse, Anthony was sent to live with his grandparents in Eufaula, Alabama. As a result, he was able to continue his high school education and get promoted to the 11th grade. After being promoted, Anthony returned to Chicago and entered Simeon Vocational High School. While attending Simeon, he became very skilled in playing the trumpet in the music class. In fact, he played his trumpet in a band that provided entertainment at the beach and for patrons of the Red Carpet Lounge. Anthony also became adept at repairing cars and earned a certificate in automotive mechanics upon graduation from Simeon. After graduation, Anthony was employed by the U.S. Steel Mill. He married Sheila Logan at an early age and they became the parents of three sons Anthony Jr., Eric Eugene, and Antoine Demetrius. Kenneth Birks was also one of Anthony‘s sons. Anthony was a very hard worker, striving to provide financial support for his family. In an effort to do this, he enlisted in the Army after leaving U.S. Steel Mill and later worked as an automobile mechanic in an automotive repair shop. Regrettably, in the 1980’s, Anthony’s life drastically changed when he became a victim of unjust, unwarranted, and abusive actions of two individuals employed to protect you. As a result, he was adversely affected mentally, emotionally and physically. Anthony suffered for many years until he lost his fight with a recent illness and fell asleep in death on Thursday, December 3, 2020. He was preceded in death by his father, Edgar Williams and his son, Eric Eugene Williams. Anthony leaves to cherish his memories, his children, Anthony (Karen) Williams Jr., Antoine Demetrius Williams, and Kenneth Birks; his loving and devoted mother Mildred Williams; sister Patricia Williams; brother Calvin Williams (Azzie); four grandchildren, six great grandchildren, Sheila Logan, and a host of nieces, nephews, cousins, friends, and a very special neighbor Mrs. Gertrude Kirk.

Anthony Williams was born in Chicago, Illinois on May 5, 1950 to the union of Edgar and Mildred Williams. Anthony was a very active, happy baby and the second child but first boy of three children. He was affectionally called &#8220;Andy&#8221;... View Obituary & Service Information

The family of Anthony Williams created this Life Tributes page to make it easy to share your memories.