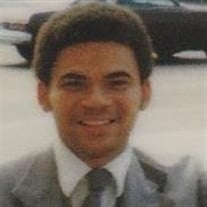 CALVIN WILLIAMS was born on July 19th, 1960, to Elizabeth Williams and Willie Frank Barbee in Cleveland, Ohio. Calvin grew up with his siblings in Chicago, Illinois and graduated from Bowen High School in 1979. On his journey for the truth about God, Calvin stumbled across the name Jehovah which caught his eye while reading the King James version of the Bible. To no avail, Calvin went to multiple Churches to understand the meaning of this name. It wasn’t until Jehovah’s Witnesses came knocking at his door, and they helped him understand that God’s name is Jehovah. Later Calvin dedicated his life to Jehovah on February 9th 1983. Calvin met the love of his life Mary Ann Brewer and courted her before the two made a three fold cord in marriage on August 27th 1983. Calvin and Mary would later have 7 children, Calvin Jr, Lisa, Joshua, Antwanette, David, Ashley and Rena. Calvin was ambitious, honest, charismatic, Funny, loving, devoted and with his big personality he was the life of any party. Calvin was known to give the shirt off his back for anyone he loved. He was a big brother to his older and younger sisters. He was a father figure to his nieces and nephews. Calvin loved spending time with his family. He enjoyed taking his family on trips, going shopping with his wife Mary, and having fun with his kids. He loved watching sports and his favorite hobby was bowling. Calvin was affectionately loved by many. In any conversation with Calvin, you knew you were going to get an honest answer. Calvin is known for some of his hilarious sayings, “Whateva!”, “ I ain’t mad at ya”, “I love it when you call me Big Poppa”. Calvin was authentically himself, and had the personality that would light up any room. Calvin is survived by his wife, Mary Ann Williams. His Children, Calvin Jr (Wife - Jessica), Joshua, Antwanette (Husband - Brian haulcy), David, Ashley, and Rena. His Father Willie Frank Barbee (Wife Joyce). His Brothers, Danny L. Williams (Wife - Robin) and Willie Frank Barbee Jr. His Sisters, Kathy Williams, Deborah Faye Barbee, Evelyn Williams, Delois Williams (Husband - Cletus Gardner), Diane Williams, and Lisa Williams. 9 Grand children, and a host of Cousins, Uncles, Aunties, Nieces, Nephews and friends. Order of service Chairman - Larry Burt Sr. Opening song #140 - "Life Without End At Last" Opening Prayer - Brother Tom O'Malley Reading of Obituary - Brother Lemont Colquitt Discourse - Brother Leonard Wells Closing song #139 - See Yourself When All Is New Closing Prayer - Brother Mike Hilderbrand Acknowledgments - Brother Larry Burt Sr Video Presentation ACKNOWLEDGEMENT Thank you to all of our family and friends for joining us for the Memorial of Calvin Williams. Calvin was an amazing husband, father, son, brother, uncle, cousin, and friend. The family of Calvin Williams wants to express their heartfelt gratitude and appreciation for your sympathy, love and prayers in our time of grief. We can’t thank you enough for all the calls, text messages, cards, flowers, meals, prayers, and other kind expressions of sympathy during our difficult time of bereavement. Your support has been greatly appreciated and of great comfort to all of the family.

CALVIN WILLIAMS was born on July 19th, 1960, to Elizabeth Williams and Willie Frank Barbee in Cleveland, Ohio. Calvin grew up with his siblings in Chicago, Illinois and graduated from Bowen High School in 1979. On his journey for the truth... View Obituary & Service Information