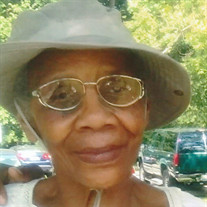 Charlee Jordan was born to the union of Louis Sr. and Darness Beamon on September 2, 1937 in Adaminda, Mississippi. She was one of six children, her siblings were Mack &#8220;MC&#8221;, Louis Jr., Theresa, Ben, and Willie Mae. At a young age,... View Obituary & Service Information

The family of Charlee Jordan created this Life Tributes page to make it easy to share your memories.

Charlee Jordan was born to the union of Louis Sr. and Darness...

Send flowers to the Jordan family.