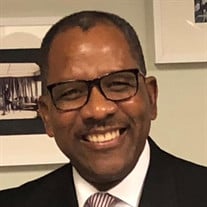 Clarence Allan Williams was born on November 4, 1958 to the late Annie Lee Jones-Williams and the late Sylvester Williams Sr. He was the third of four children. One of which (Kevin) preceded him in death. Knowledge of a God and Creator was instilled... View Obituary & Service Information

Clarence Allan Williams was born on November 4, 1958 to the late...