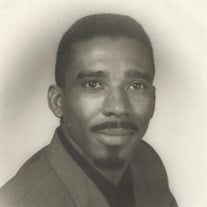 Clemon Claiborn Clay, Jr. was born on the west side of Chicago to Clemon Claiborn Clay, Sr. and Effie Joyner-Clay on March 10, 1928. He was affectionately known to many friends and family as “Dad”. He attended Smith Elementary, Madel and Creiger Junior High. He graduated from Crane Tech High School, where he ran Track. He attended Green Trade School where he studied Auto Mechanics. Clemon enlisted in the military at age 17, serving during the end of World War II. He had been stationed at Fort Dickson New Jersey, Camp Kildrew New York and in Italy. He was a Military Policeman and honorably discharged as a Sergeant. The consummate worker, he retired from the Chicago Postal Service (Registry Department) after 31 years receiving a number of monetary awards and citations for innovations and public relations. A marksman, he trained couriers to use firearms when transporting mail and money. His sister, Lowana Clay, introduced him to her friend Mayola Figaro in 1961. They were married in 1967. To this union Kimberly, Clemon III and Alyson were born. In 1967, Clemon began attending both the Kingdom Hall of Jehovah’s Witnesses and all the conventions with his wife and children. After making the truth his own he was baptized on June 19, 1993 at the Divine Teach Assembly. He was zealous for fine works and could often be found on the construction site of various Kingdom Hall projects helping with maintenance and construction. On April 21, 2018, Clemon Claiborn Clay, Jr. fell asleep in death. He was preceded in death by his parents, two sisters Lula Geralds, Lowana Clay and nephew Kenneth Geralds. He leaves to cherish his memory his wife Mayola, children Kimberly, Clemon III (Latrice) and Alyson Hart (Donovan). Grandchildren: Terrence J. Sanders, Clemon Brandon, Jasmine and Chase. Nieces: Demaisi and Deirdre Levison and Carolyn Schanette. Nephews: Keith Geralds, Keith and Issac Levison and Michael Schanette. Special neighbors, Mrs. Flora Harris and Mrs. Delphyne McGlathery, and a host of cousins, friends and neighbors.

Clemon Claiborn Clay, Jr. was born on the west side of Chicago to Clemon Claiborn Clay, Sr. and Effie Joyner-Clay on March 10, 1928. He was affectionately known to many friends and family as &#8220;Dad&#8221;. He attended Smith Elementary,... View Obituary & Service Information

The family of Clemon C. Clay Jr. created this Life Tributes page to make it easy to share your memories.

Clemon Claiborn Clay, Jr. was born on the west side of Chicago...

Send flowers to the Clay family.