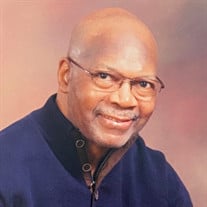 Clifford Leon Ivey was born on July 7, 1944 in Union Springs, Alabama to Hosea and Maureen Ivey. To that union were born three children, of which Clifford was the oldest. Upon moving to Chicago, Illinois with his family, Clifford attended Ruggles Elementary where he graduated in 1958 as Class President. The importance of education and excellence were instilled in Clifford from an early age. He loved reading, he loved learning, and he loved helping others. In 1962, Clifford graduated from Hirsch High School where he was a member of the National Honor Society as well as R.O.T.C. Battalion Commander. In 1963, he was one of nine Black men selected to join the Chicago Police Cadet Program. This led to him being featured on the cover of the January 30, 1964 issue of Jet Magazine. In 1966, Clifford graduated from the Chicago Police Academy. Shortly thereafter, he enlisted in the U.S. Army where he was trained as Military Police and Company Clerk, later being deployed to 2nd MP Company Division, stationed in Korea. Upon being honorably discharged from the US Army, Clifford received the Army Commendation Medal achieving Rank of Specialist 5th Class. In 1972, he graduated with a Bachelor of Science Degree in Education, and accepted a teaching position with Oliver Wendell Holmes School where he would teach for 32 years. During his tenure as a teacher, he earned his Masters Degree in Special Education from Chicago State University. All of his accomplishments to this point paled in comparison when Clifford met Zelma and her son Mario Dwayne. He was immediately smitten and they were married in August 1973 (Proverbs 18:22). To this union were born three daughters (also known as “the girls”): Joi Yvette, Traci Renee, and Michelle Lynn. Clifford took great pride in his family. To be a member of the Ivey family meant regular trips to the Museum of Science & Industry, spending time at Meigs Field watching planes take off, playing soft ball, attending his daughter’s many dance recitals, and treating the family to staycations in downtown Chicago. More than anything, Cliff loved being at home, telling jokes, serenading his wife and putting on “concerts” for his children. Anyone who knew Cliff knew of his sense of humor and his legendary singing voice. He was a fan favorite, especially with his family. Clifford also possessed a great respect for spiritual things. Over the course of his adult life he studied the Bible with Jehovah’s Witnesses, and developed a deeper understanding of God’s word. Clifford understood the responsibility he had as a husband and father to provide for his family, and he took that very seriously (1 Timothy 5:8). Clifford was an excellent provider. This led him to accept a 2nd full time job in 1979 with the US Postal Service, where he worked for 24 years in a Supervisory capacity. In 2004, Clifford retired from both jobs and spent his time transporting his grandchildren to and from school. He was the ultimate granddaddy, driving the grandkids around in his van, playing with them and treating them to the best after school snacks. He lived a life full of service, expression and love. Clifford fell asleep in death on Friday, February 14, 2020. He was preceded in death by his parents and his youngest brother, Hosea Jr. Left behind to cherish many wonderful memories are, his loving and devoted wife of 46 years, Zelma; his son, Mario Dwayne; his daughters: Joi Yvette, Traci Renee, and Michelle Lynn; his grandchildren: Donovan Jacob, Taylor Michelle, and Calyn Jael; his brother: Carl Livingston; nieces, cousins and a host of family and friends.

Clifford Leon Ivey was born on July 7, 1944 in Union Springs, Alabama to Hosea and Maureen Ivey. To that union were born three children, of which Clifford was the oldest. Upon moving to Chicago, Illinois with his family, Clifford attended Ruggles... View Obituary & Service Information

The family of Clifford Leon Ivey created this Life Tributes page to make it easy to share your memories.

Send flowers to the Ivey family.