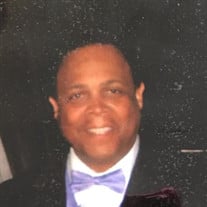 Darryl Ray Walker was born on February 8, 1952 to James and Willie Doris Walker in Chicago, Illinois at Provident Hospital, which is right down the street from where they lived at 50th and King Drive. He went to Willard Grammar School and on to Hyde Park High School where he excelled in track and field. As a child, he couldn’t pronounce the letter L. so he will call his aunt “Wois” instead of Lois. She said he was a great kid - everyone loved him. His mom was crazy about her four boys. Darryl worked for Nelson Brothers on 63rd St. as a teenager, determined to take care of his mom. He always had a strong work ethic and loved taking care of his family. He also had a deep spiritual love of God and his brother and sister-in-law introduced him to the truth about Jehovah God. He began attending meetings at the Lake Meadows congregation, which is where he met Joyce, who was smitten by him from the start - didn’t hurt that he had a car. They were both baptized March 1971 and married November 27, 1971. They had three children - Keenan, Brandi and Imari. As a young husband, he began working at Reynold’s Metals in McCook, Illinois while Joyce pioneered. There was a great core of brothers working there and they supported and encouraged one another. Darryl had the privilege of serving as an elder at the Lake Meadows, Hyde Park and Dearborn congregations from the 70’s to the present. He loved the friends and enjoyed serving on their behalf. He also loved being a public speaker giving talks on the District and Circuit assemblies. Many will remember his signature talk - “Decisions you face-How will you make them? He left you with that thought-provoking question at the end. Darryl loved music - The Temptations were his favorite group and thus the “Brother’s Love” came about 40 years ago, a group of brothers that loved old school music and enjoyed entertaining the friends! Phife, Lee, Pat, Jack, Stan, Bill, Vernon and Michael - through the years. Also, those Jamaican vacation trips were priceless - good friends, great camaraderie and lots of laughs. We will miss him so much. On Monday, October 15, 2018, Darryl fell asleep in death. Darryl will not be forgotten by his wife of 47 years, Joyce; children, Keenan (Candice), Brandi and Imari; grandchildren, Taylor, Giselle and Micah; his loving mom, Doris; aunt, Lois; mother-in-law, Ruby Sing; brothers, Greg and Shawn (Andrea); brothers-in-law, Marvin (Earline), Pierre (Janice), Eric (Betty), Paul and Patrick (Toi); sisters-in-law, Lori, Monica, Jean (Harold) and Keena (Lonnie); nephew, Gary (Joyce); and a host of many nieces, nephews, friends and dear friends. What a brotherhood he had who will miss his presence. Comforting Scriptures Isaiah 3:9; Proverbs 55:22; John 5:28,29; Philippians 4:6,7; Psalms 94:18,19; and Isaiah 41:10

Darryl Ray Walker was born on February 8, 1952 to James and Willie Doris Walker in Chicago, Illinois at Provident Hospital, which is right down the street from where they lived at 50th and King Drive. He went to Willard Grammar School and on... View Obituary & Service Information

The family of Darryl Ray Walker created this Life Tributes page to make it easy to share your memories.

Send flowers to the Walker family.