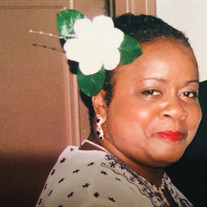 Deborah Dawn Wooley Gray affectionately known to her loving grandchildren as “Grandeb”, was born in Chicago, Illinois on June 29, 1950 to Robert and Ann Wooley. At age 13, Deborah made a personal dedication to serve Jehovah and symbolized this by water baptism November 23, 1963. She shared an endearing close friendship with her mother Ann. The two shared everything from jewelry, going to Broadway musicals, and zealously serving side by side for Jehovah until her mother finished her earthly course. Deborah an intelligent, stylish, and quick witted young woman graduated from Hyde Park HS in Chicago. A talented singer with a soprano range, she was offered to tour and travel singing back up for a popular songstress. However, she did not accept this offer because her heart and life goal was for full time service in Christian Ministry. She began her career as a full time Regular Pioneer for many years serving where the need is great. In 1973, Deborah married Reginald Frieson and to this union came children Dawn, Marcia, and Reginald. After the death of her husband she was a single parent working full time as the Executive Secretary for the Mayor’s Office of the City of Chicago. Later becoming the Administrative Coordinator for the Chief Operating Officer at USG Chicago. With Jehovah’s help she accomplished this while showering her children with love and instilling love for Jehovah in their hearts. In 2010, she reaquainted with Glen Gray whom she had known since the early 60’s. They were married in January 2011 and resided in south suburban Chicago. With her new partner by her side Deborah vigorously maintained her pioneer spirit even though her health continued to deteriorate. Her fondest memories were participating in Jehovah’s Witnesses Worldwide Campaign in 2020 as an Auxiliary Pioneer. Her deep loyal love for Jehovah gave her endurance. On Wednesday, February 24, 2021, Deborah fell asleep in death. She was proceeded in death by both her parents, Robert and Ann Wooley, her sisters, Sharon, Jan, and Leslie, her brother Steven, her husband Reginald, her husband Michael, and her beloved son Reginald James Frieson Jr. She leaves to cherish her memory, her husband Glen Gray, her daughters Dawn Anderson, and Marcia Frieson, her loving grandchildren Armani, Aris, Destiny, Dakar, and Atlantis, and a host of cousins, nieces, nephews, close friends, and the association of the Christian Brotherhood.

Deborah Dawn Wooley Gray affectionately known to her loving grandchildren as &#8220;Grandeb&#8221;, was born in Chicago, Illinois on June 29, 1950 to Robert and Ann Wooley. At age 13, Deborah made a personal dedication to serve Jehovah and... View Obituary & Service Information