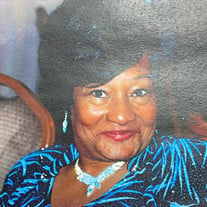 Diane Scott was born Diane McGrew on June 20,1950 in Chicago, Illinois to her parents Henry McGew and Dollie McGrew. She attended Central High School in Kalamazoo, Michigan. She moved to Chicago at the age of 16 years old to live with her aunt Margie Phillips, where she worked as a Preschool Teachers Assistant. She returned home to Kalamazoo to complete her senior hear of high school and graduated on June 5, 1969. After that, she permanently moved to Chicago where she met her love Steven Scott. The two courted for a couple of years and then united in Holy Matrimony on July 28, 1971. Theirs was a 35 year long union that produced two daughters, Shelley Necole (Rondal) Tucker, Ebonee Joi Scott and one son Trever Jarrod Scott. Diane was introduced to the truth of God’s word in 1973. She dedicated her life to Jehovah God and symbolized her dedication by water baptism on July 22, 1984. Diane worked various jobs off and on until she attended National Education Center for Nursing School. She was awarded the Director’s Honor Roll Certificate. She graduated on Friday, August 28, 1992 as a Medical Assistant. She became the office manager of Doctors Office Centers in Dolton, Illinois. She remained there until she and her husband started a their own medicar transportation business, doing business as S and L Transportation. They started a second medicar transportation in Indiana, doing business as Deecal Transportation, named after Diane and her sister Carolyn Jackson. They ran both businesses until her husband Steven’s death on Sunday, April 9, 2006. After Steven’s untimely death, she began working as a home health aide for her employer Dianne Craft, until she began working at Preference Health Services in Highland, Indiana as an assistant office manager. Diane truly enjoyed her job. She developed a close bond with her boss Mrs. Katia Carmichael whom she affectionately called her other daughter. She also developed a close relationship with the other office staff members; Ms. Takea Simmons, Ms. Loretta Parker, Ms. Aisha Talley, Mrs. Shelley Tucker and Ms. Suzette Hayes. On Thursday, January 6, 2022, Diane suffered a major stroke, which rendered her immobile and nonverbal. She remained in the hospital until she suffered a second stroke on Thursday, February 23, 2022. Afterwards she was placed in Hospice at Ingall’s Memorial Hospital in Harvey, Illinois until she fell asleep in death on Thursday, March 3, 2022 at the age of 71 years old. She remained loyal to Jehovah God’s command to not accept a blood transfusion with her dignity in tact. She was preceded in death by her husband Steven Scott, her daughter Ebonee Joi Scott, her parents Henry and Dollie McGrew, her siblings Henrietta (George) Holland, Richard McGrew and Lynell McGrew. She will be greatly missed by her children Shelley (Rondal), Tucker and Trever Scott, her grandchildren Raquech Kentrayl Scott and Krishon Jordan Scott; her brothers Milton (Mary) McGrew, Charles (Marla) McGrew, Ronnie (Karen) McGrew, her sisters Lucille McGrew, Carolyn Jackson, Patricia (Todd) McGrew, Susan McGrew, Kathy (Pierce) Gilbert, Linda Sims and Barbara J. Tucker, a host of nieces, nephews, cousins, in-laws and other relatives, her pet cats Serenity (Siri) and Felony. A special mention to her spiritual brothers and sisters in the Christian congregation (and the Dolton family) whom she has come to know and affectionately love. Also a special mention to Sis Diane Ross, Sis Katie Beal and Sis Deborah Thomas.

Diane Scott was born Diane McGrew on June 20,1950 in Chicago, Illinois to her parents Henry McGew and Dollie McGrew. She attended Central High School in Kalamazoo, Michigan. She moved to Chicago at the age of 16 years old to live with her aunt... View Obituary & Service Information

The family of Mrs. Diane Scott created this Life Tributes page to make it easy to share your memories.

Send flowers to the Scott family.