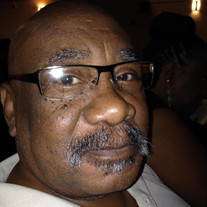 Ed Roosevelt Penny Jr. was born on January 29th 1936 in Columbus, Mississippi, to the union of Sally and Ed Roosevelt Penny Sr. He was the only surviving child born to this union. He was raised by his loving grandparents, Robert (Pluck) and Caroline Evans, which he often spoke of with such fond memories. Ed left Mississippi at the age of 16 yrs old and hitched hiked his way all the way to Chicago. There he met Ms. Irene Marie Cohen, whom he later married on July 10th 1968. From this union four children were born. He was proceeded in death by his loving wife Irene after 21 years of marriage, he never remarried and would often tell us that “ya’ll Mama was it for me”. Also from this union, Ed was introduced to Jehovah God by his wife who became a baptized servant. Although he never made a public dedication, he displayed great love and belief in Jehovah, even to the point of witnessing to others including his family, coworkers and neighbors. He displayed strong faith in Jehovah when he had various surgeries, often informing the doctors that he would not accept blood which was always so encouraging to us. Ed was known for his many stories about Mississippi as well as having the gift of gab. There are no words to express just how dearly he will be missed. He was an OUTSTANDING father and husband, truly an amazing man and we will all forever have a hole in our hearts until we see him again. Ed fell asleep in death on Monday, November 9th 2020 at 8:40 pm surrounded by his children. He was preceded in death by three sisters: Sadie, Queen-Rose, and Ira; two brothers: Willie James and Albert; and a grandchild Ronnise Penny. He leaves to mourn and cherish his memories, his five children: Eddie Peeks, Sheila Poole (Franklin), Gwenevere Dunson (David), Ronald Penny (Laushun), and Samantha Penny; 10 grandchildren: Marcus Peeks, Laisha Poole, Passion Penny, Samonhi Jackson, Zyale Harris, DelaShay Atkins, Diente Atkins, Devontray Melton, Tony Melton and Ashleigh Peeks; 3 great-grandchildren, Dahvie, D’Andre and D’karri; his sisters: Essie, Sarah, Queen, Tony, and a host of nieces and nephews, as well as many friends that cherished him. Ed had faith and hope in the resurrection promised at John 5:28, 29 and we look forward to welcoming him back in Paradise.

Ed Roosevelt Penny Jr. was born on January 29th 1936 in Columbus, Mississippi, to the union of Sally and Ed Roosevelt Penny Sr. He was the only surviving child born to this union. He was raised by his loving grandparents, Robert (Pluck) and... View Obituary & Service Information

The family of Ed Roosevelt Penny created this Life Tributes page to make it easy to share your memories.

Send flowers to the Penny family.