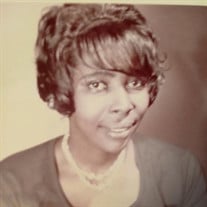 “Dear, Moms, Esther” Esther or Miss Esther, as she was called by some, but known as Esther May to family and close friends, and just Moms to her two sons, had a very hard life in her early years, like most so called black, colored and negro people. This was the time in American history that melaninated people were dealing with Jim Crow laws. During this time Esther, gained her moral compass, values, and standards. She also developed self-determination, self-reliance, and her independence. She became a voice against everything that was wrong with this broken system in America. Esther’s passion for righteousness touched those she truly cared for. It was the spirit she felt in others who were spiritual that she connected with. Esther always knew and showed her her spiritual side, never claiming any religious name or titles. I would like to share a few life’s lessons moms left me with, that’s always growing consciousness. 1. Learn to love for real, meaning true love is unconditional love. 2. The harder the learning the greater the reward. The greatest struggle in life is learning useful information in order to live a good life. 3. Be yourself and be the best at whatever you do. There’s only one of you put here to do what you are supposed to do. Along your journey you should find your divine gift in nature your way starting today. I want to acknowledge her closest friends from her first job at Spiegel, Wanda J. Thompson, Lula Burr, and Levara Alexander. Rest in the power of the one frequency and sound of the universe. Moms (Esther) you are and always will be loved. By Eddie Harris Psalms 23:4 Esther was born to the union of Solomon and Esther Lewis Mazion. She was preceded her in death by her parents and her siblings Lucille Mazion Juanita Mazion, Otis Mazion, Cleveland Mazion, Salomon Mazion, Hermon Mazion, Frank Mazion, and Jimmy Mazion. Esther leaves to cherish her memory, her siblings Evelyn Moore, Edward Mazion, Shirley Copeland, and Ollie Lewis Copeland; her two sons Eddie Harris and Chanz Brewer; grandchildren Destane’, Eddie I, Hakeem, and Jerald; great grandchild Anselm Storball; and a host of nieces, nephews, other relatives and friends.

&#8220;Dear, Moms, Esther&#8221; Esther or Miss Esther, as she was called by some, but known as Esther May to family and close friends, and just Moms to her two sons, had a very hard life in her early years, like most so called black, colored... View Obituary & Service Information

The family of Esther Brewer created this Life Tributes page to make it easy to share your memories.

“Dear, Moms, Esther”
Esther or Miss Esther, as she was called...

Send flowers to the Brewer family.