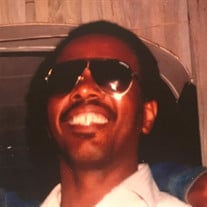 Gerald Bruce Scott was born on August 18, 1947. He is the seventh child born to the union of William and Ernestine Scott. As a young boy, Gerald sought to enrich his spiritual life by participating in many youth projects for young people at Saint Paul C.M.E. Church. He took great pride in his ability to recite his favorite verses from memory. Gerald received his formal education in the Chicago Public School System. He believed that a good education enabled one to make choices in his life, therefore, he could control his destiny. During his years in elementary school, he earned a reputation as an overachiever. While attending a R.O.T.C. Class in high school, Gerald was accidentally struck in the eye with debris that was left on the firing range. He never let this injury prevent him from achieving his goals in life. Gerald loved to research his class assignments so he could frustrate and annoy his teachers with inquiries about trivia details. His love of sports led him to join the South Shore High School Football Team. His classmates named him their Most Valuable Player. After graduating high school, Gerald in enrolled in Purdue University in Hammond, Indiana and worked part time at Inland Steel Co. as a Payroll Clerk. While still in college, Gerald accepted a settlement for his eye injury because he was planning to buy a house for his mother as well as planning to visit relatives in other states. On a visit to California, Gerald met and married Ruthie Reid. Their marriage was blessed with one son, Shawn. Gerald decided to return to Chicago, to care for his mom. He missed attending family cookouts and bragging about his skills with various card games. However, Gerald knew he needed gainful employment to finance his tuition fees for re-enrolling in college, so he could realize his change in his career. He became an Insurance agent at the Metropolitan Insurance Co. He received accolades for his communication skills. He was featured in the center fold of Jet Magazine as salesman of the month. Gerald did not reach his dream job until he earned a degree as a Registered Nurse in 2003. Gerald’s sense of compassion and responsibility endeared him to his patients. Gerald became ill and retired from nursing. When diagnosed with a terminal disease, his words to his family were “Thanks for coming, but don’t worry about me. You know I always did things my way.” Gerald answered the Clarion call to be with the Lord on June 22, 2019. He has preceded in death by his parents; his brother Malcolm; a sister Deidra; and his son Shawn. Gerald leaves to cherish his memory, two loving sisters Patricia and Sandra (Alonzo); three brothers, Ralph (Jackie), Rodney (Rosa), and William (Deborah); twin sons Gerald Smith and Jerry Smith; a special friend and caregiver Debbie Graham; and a host of cousins, nieces, nephews, other relatives and friends. He will be missed by all!

Gerald Bruce Scott was born on August 18, 1947. He is the seventh child born to the union of William and Ernestine Scott. As a young boy, Gerald sought to enrich his spiritual life by participating in many youth projects for young people at... View Obituary & Service Information

The family of Gerald Bruce Scott created this Life Tributes page to make it easy to share your memories.

Send flowers to the Scott family.