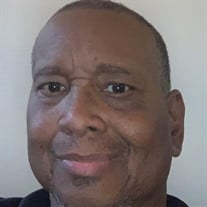 From the start, he knew how to demand a spotlight…arriving a week earlier than expected. Gregory Overton Dudley was born in Chicago, Illinois on July 20, 1962. The third of four children born. In case you have not noticed, Gregory Overton Dudley’s initials were G.O.D….And he made sure to let you know he was a gift from God. Greg’s initials actually got him in trouble a time or two. While attending Our Lady Help of Christians Elementary school, the students were learning about initials. Greg was asked to write his on the board. GOD. The nun teaching the class told him to take the lesson seriously, erased the 3 letters and told him to do it again. GOD. The lesson landed him in the principal’s office on accusations of blasphemy. Greg will tell you he learned 2 things that day, 1. Punctuation is important and 2. His daddy will cuss out/protect his family from anyone…including a nun. A role he proudly carried on after his father’s death. Greg’s younger years were spent as a ladies’ man, he was “The Finest Brotha on the Planet” after all. The ‘player’ retired in 1989, when Greg vowed his life and love to his beautiful wife. It is said that after the two met on the campus of Prairie State College in 1981, that he went straight to his mother to brag about this phenomenal girl. A woman so great, he was ready to change his ways and give her the world. Greg will always tell you that he had impeccable taste in food, movies, music, and people. He will also tell you that God knew what He was doing when he sent his wife into his life. The two shared 32 years of marriage raised two amazing sons, they traveled the world, and dedicated every piece of themselves to each other. In 2004, his wife gave Greg the gift of life by donating her kidney to him. The two were truly soulmates. Greg was a successful computer programmer and computer consultant. Because of his experience, skills, and strong work ethics, Greg was able to name his salary for various contracts. Those that didn’t like him for his race or age, would later call him for help. Greg was also an athlete: playing in the National Kidney Foundation Transplant Games, active swimmer, but his true love was basketball. Greg was also Black Belt in Tae Kwon Do, Greg was a protector. If “mama said knock you out” it was lights out. An intelligent man that was also jokester: master of dad jokes, avid traveler, and connoisseur of film and music. Greg also a God loving man, compassionate, patient, charismatic, and all-around happy person to be around. Even during his darkest times, he found light of the situation. Greg liked to talk, much like this obituary. His legacy will live on with every story you share, every dad joke you crack, every sporting event you watch and yell at (that part is key), every movie you watch and discuss with a loved one, and every song you sing. Gregory Overton Dudley, or as he would prefer to be remembered “The Finest Brotha on the Planet”, was called home on October 16, 2021. Greg lived life to the fullest and loved every second of it. With his passing, Greg is reunited in heaven with his parents.

From the start, he knew how to demand a spotlight&#8230;arriving a week earlier than expected. Gregory Overton Dudley was born in Chicago, Illinois on July 20, 1962. The third of four children born. In case you have not noticed, Gregory Overton... View Obituary & Service Information

The family of Mr. Gregory Overton Dudley created this Life Tributes page to make it easy to share your memories.

From the start, he knew how to demand a spotlight…arriving a...

Send flowers to the Dudley family.