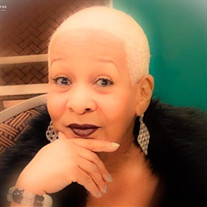 "A Phenomenal Woman" On November 3, 1953, Lula B. Owens (nee Johnson) and Cleotha Owens welcomed a baby girl into the world. They named her Janice. The second child born after older sister Lillie and before younger sister Kathryn, Janice took her role as middle child seriously. Known for her larger than life personality and wit, her sisters were often the recipients of her practical jokes. Her children used to enjoy hearing stories of the pranks she played and often had first hand experience themselves. As a young child, Janice enjoyed animals and dreamed of one day owning an organ grinder monkey. Of course, that never happened! As a mother Janice did allow her children to be surrounded by animals, particularly her only son Rashaad and youngest daughter Candace who shared her love of furry creatures. While in high school, Janice began thinking about her future and thought about pursuing a career as a television journalist because she loved to write and tell stories. That dream was put on hold in September 1971, when she gave birth to twin daughters. Although a young mother, Janice took her job as a parent very seriously, being a fierce protector and supporter of her children until the very end. She made friends easily, bringing smiles to the faces of whomever she met. She always left an impression. Janice was known for her generosity...she would give you the shirt off her back. She loved making people happy, especially her four grandchildren. She would do anything for them and often did. All it took was a phone call or simple text from either of them and she made sure their requests were met. Janice enjoyed cooking and was very good at it. She would often invite friends by for a meal or just to hang around and chat. She really loved people. Early in her life, Janice manifested faith in a Creator. In fact, as a young mother she prayed to a God she did not yet know that her young daughters would grow up to love and serve him. Some years later, her older sister Lillie became one of Jehovah's Witnesses. What Lillie learned intrigued Janice who later requested a Bible study of her own and on January 15, 1983, she dedicated her life to Jehovah God and symbolized that dedication by getting baptized. A few years later Janice began serving as a regular pioneer, devoting 90 hours a month to teaching others about the Bible's promises. On March 30, 2019, Janice fell asleep in death much too soon...a devastating loss to all who were privileged to have known her. She leaves to cherish her memory four children: Angela Harris and favorite son-in-law Stephen Harris, Angelique Owens, Rashaad Owens and Candace Gray; four grandchildren: Noah Michael Harris, Cadence, Caliyah and Cailah Gray; and friends and more family too numerous to name and number. She will truly be missed.

"A Phenomenal Woman" On November 3, 1953, Lula B. Owens (nee Johnson) and Cleotha Owens welcomed a baby girl into the world. They named her Janice. The second child born after older sister Lillie and before younger sister Kathryn, Janice took... View Obituary & Service Information

The family of Janice Felder created this Life Tributes page to make it easy to share your memories.

Send flowers to the Felder family.