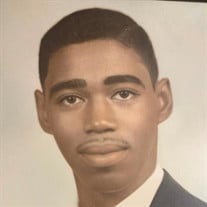 John Clay Chappel, Sr. was born on August 13, 1947, in Chicago, Illinois. He was born to Florence Green Chappel from Waco, Texas and Walter Elmer Chappel from Cincinnati, Ohio. John, was the youngest son of six children. John, attended Charles Drew Elementary School and John Marshal Harlan High School, in Chicago, Illinois. In June of 1967 he was drafted to serve in the U.S. Army and later attended Northern University in Dekalb, Illinois. John, met the love of his life Melody Dawn Hooker in the summer of 1971, and they were married February 12, 1972. From that union was born five loving children John Jr., Patrice, Melinda, Darnail, and Florence. John, started his career with the railroad at Illinois Central Gulf and then transitioned to Metra Commuter Service as a train conductor, until he retired 40 years later. John, was a hard worker and worked six days a week to support his family.  John, dedicated his life and was baptized as one of Jehovah’s Witnesses on January 4, 1997.  He joined his loving family rejoicing and serving Jehovah all together. He served as a ministerial servant in the Antioch Congregation and he and Melody enjoyed auxiliary pioneering on occasions. John, always enjoyed attending our annual conventions, meetings, and engaging in the public ministry and serving others. John, always enjoyed, traveling, listening to music, dancing, spending time with family and friends and meeting new people. He loved to drive and spend time taking the family on summer vacations. He was known for his well-dressed appearance, and he loved his hats. He was also well known for his cooking and his grilling, and he was a meticulous chef and enjoyed seeing others enjoy his meals. On December 17, 2021, John fell asleep and now is awaiting the resurrection. He was preceded in death by his parents Florence Green Chappel and Walter Elmer Chappel Sr., and his brothers Walter Elmer Chappel Jr., Harry Morgan Chappel, and Edward Albert Chappel. To cherish his loving memory, John leaves his devoted wife Melody Chappel; five children: John C. Chappel, Jr., Patrice Y. Chappel, Melinda M. Black (Ricardo), Darnail Q. (Jacqueline), and Florence S.L. Chappel-McLin (Quintin).  Survived by eight grandchildren: Quinten Chappel, Tierra Chappel, and Vonzel Haywood; De’jon Chappel and Jonte’ Chappel; Robert Tiller, Quincy McLin, and Flora McLin; and one great grandchild: Jayceon Chappel. Survived by two loving sisters: Eleanora Chappel and Marie Chappel along with a host of nieces, nephews, and family friends.

The family of Mr. John Clay Chappel Sr. created this Life Tributes page to make it easy to share your memories.

Send flowers to the Chappel family.