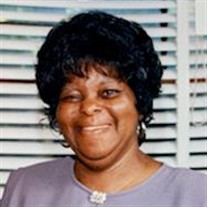 Lillie Lee Epps was born July 20, 1947, to Juanita Wilson of Merigold, Mississippi. Lillie was her mother She attended school in Mississippi. Lillie and her mother move to Chicago, Illinois. One day there was a knock on the door, it was sister Jones and sister Hood, they were invited in a free home bible study was started. Very soon after Lillie and her mother made a dedication to serve Jehovah by getting baptized. Lillie mother preceded her in death, October 1993. She never forget the words from her Mother telling her stay close to Jehovah and his organization. She did just so. She began to work in the ministry with Channie. They became the best of friends, they adopted one another as sisters. They were like Naomi and Ruth. Lillie said to Channie “Where you go I will go”, Channie said to Lillie, “Where I lay down you will lay down”, and off they went preaching, teaching and visiting from Chicago to Louisiana from Mississippi to Wisconsin and other places. They pioneered together for many years before Lillie became ill. Lillie and Channie made a promise never to separate, only death would separate them. On February 2, 2020, at 1 pm Lillie fell asleep in death while Channie held her hand. Lillie mother Juanita Wilson preceded her in death in October 1993. Lillie leaves to cherish her memories her sister Channie (Robert) Hood, cousins Minister Patricia Lewis, Everlin Johnson, James Little, Gracie (Michael) Gardner, Christine Collins, Angela Glass, Gerald Little, Kimberly Johnson, and the Englewood and Universty Park congregations and a host of other relatives and friends .

The family of Lillie Epps created this Life Tributes page to make it easy to share your memories.

Send flowers to the Epps family.