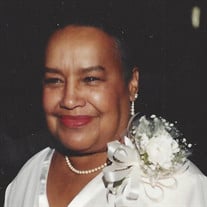 Marjorie Louise Carr was born on November 19, 1929, in Geneva, Illinois. The second oldest of six children, she was raised and educated in Batavia, Illinois. While in high school, she developed a love for language and words. She learned to read music and could play the piano beautifully. She also became adept in sign language, writing shorthand and was an incredibly skilled typist, at one point in her career typing at a rate of 110 words per minute. She met and married and in 1949, Marjorie welcomed her one and only child, a daughter. Professionally, Marjorie began her career at a juvenile detention center for boys in St. Charles, IL. She would later become a skilled switch-board operator, before ultimately finding her stride as a Legal Secretary. In Chicago, she commuted into the Loop for work for many years, originally at the law firm of Chapman and Cutler. Later, she would spend the better part of her career as a dedicated legal secretary at Winston & Strawn. At Winston, she worked in the Tax Department and was the legal secretary for the Chair of that Department. She was diligent, precise and tireless, and on occasion assisted in the preparation of briefs and materials for cases argued in front of the U.S. Supreme Court. Upon retiring at 85, Marjorie found that she still had the desire to work and accepted a part-time position with Jordan Industries, a former client who often doted on her work ethic and congenial nature. As busy as she was, Marjorie always made time for Jehovah by regularly attending meetings, serving door to door, and witnessing to all who would listen. She dedicated her life by water baptism on April 14, 1974. She spent every morning train ride studying her Watchtower and Awake magazines and always gave the most beautiful talks. This past April, she was physically unable to attend the Memorial. However, loving brothers from her South English congregation thoughtfully brought the meeting to Marjorie, where she and her loved ones participated in this most important occasion from home. Marjorie absolutely loved to have fun. Game nights, get-togethers and cookouts with family and friends, complete with her famous cheeseball, were a common occurrence. She was masterful at Scrabble and crossword puzzles. She could play Bridge, Gin Rummy, Bid Whist or Casino for hours and hours, punctuating winning or losing hands with big, beautiful and infectious laughter. It was the laugh and was unmistakable. Marjorie’s kindness, patience, love, mild-manner and smile will be missed by all.

Marjorie Louise Carr was born on November 19, 1929, in Geneva, Illinois. The second oldest of six children, she was raised and educated in Batavia, Illinois. While in high school, she developed a love for language and words. She learned to... View Obituary & Service Information

The family of Mrs. Marjorie Louise Carr created this Life Tributes page to make it easy to share your memories.

Send flowers to the Carr family.