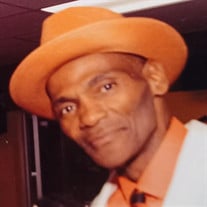 Michel Adonis Escort was born on September 13, 1961, in Chicago, Illinois, to Johnny Barrett and Stephanie Barrett.   He graduated from DuSable High School in 1979. Upon completion he did a lot of Carpentry work in fact he was always called upon to repair relative, friends, and neighbors homes.   Interestingly, Michel was also a great Creative Artist, although he never followed through with that talent he always presented his family and friends with cards and pictures that he had personalized for each individual.   Michel eventually worked at Temple Steel, where he touched so many of his coworkers lives, leaving many with positive memories.    Michel was very family oriented and if you knew Michel you knew he LOVED his family. This was always evident in phone calls, visits to his mom, and encouraging words he gave and expressed lovingly every day to each of them.   Michel loved music, especially stepping music, he could step a person under the rug, without even moving his feet. In his younger years he would have basement parties that was well known through the neighborhood and beyond. And you can always spot him at the parties because he would dress like “Dapper Dan”, (because he LOVED to look fine) from his head down to feet.      In 2017, Michel was introduced to Paulette Bolden by a sibling.   Upon the meeting Michel and Paulette automatically fell in love and became completely head over heels with each other and joined hands in marriage on September 28, 2018. While married they were inseparable and the love they had was apparent by the way they peered into each other eyes and evident in the conversations they shared.     On the morning of December 18, 2021, Michel Escort fell asleep in death. He was preceded in death by his Grandmother Delores Fowler; Grandfathers William Escort and Elmore Dockery; Uncle Gregory Fowler; Auntie Sharon Hosey; all who loved and cared for him dearly. Michel will be dearly missed by all, but especially his loving wife Paulette Bolden Escort; son Michael Jr. and daughter-in-law Tanyanika; granddaughters Monique and Tajera; mother Stephanie Barrett; father Johnny Barrett; grandmother Susie Martin; three brothers, Johnny, Darryl, and Darian (Rita); four sisters Karen (Mario), Lori (Curtis), Margo, and Valerie; his Uncle Cecil; cousin Jonathan; Aunt Eva; loving cousin and closest friend “Baker”; dear friend Jennifer Wilkerson, who was a close family friend for years; 21 nieces and nephews; 30 great nieces and nephews who reside in various states; and a grand amount of cousins, other relatives, and friends, that he encountered though out his life.

Michel Adonis Escort was born on September 13, 1961, in Chicago, Illinois, to Johnny Barrett and Stephanie Barrett.   He graduated from DuSable High School in 1979. Upon completion he did a lot of Carpentry work in fact he was always called... View Obituary & Service Information

The family of Mr. Michel Escort created this Life Tributes page to make it easy to share your memories.

Send flowers to the Escort family.