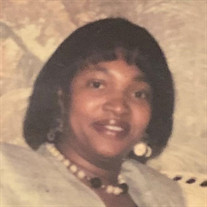 Nevirda Lenetta Johnson was born on January 6, 1956 in Great Lakes, Illinois on a U.S. Navy base to Vernice Bernadette Russ and Jimmie Lee Johnson. Her father Jimmie served in the United States Navy and was a Veteran of the Korean War. Nevirda’s mother and father both preceded her in death. Nevirda and her parents, Vernice and Jimmie, later returned to Chicago, IL in 1958, where they soon gave birth to 5 other children, 4 girls and 1 boy. During this time, Nevirda and her siblings spent a few years of their childhood in Cabrini Green on the Northside of Chicago and later moved to the Southside around 1962. Nevirda attended John Marshall Harlan High School in Chicago, IL and received her diploma on June 14, 1974. Nevirda also later took on courses at Olive Harvey College in basic computer and mathematics. Raised as a devoted Jehovah’s Witness, Nevirda was baptized as a Witness on August 22, 1971. She had a passionate, loving, caring, and generous spirit which made it a pleasure to be around her, along with a personality that one would never forget. She had a unique sense of humor and would always bring love, peace and happiness to anyone she met or encountered. Nevirda was a great mother; sister, aunt, and friend who liked to have fun, and was always full of energy. There was nothing she wouldn’t do for not only her loved ones, but even for those she hardly knew! Nevirda enjoyed spending quality time with family, having family BBQ’s, cooking, tailoring men’s clothing, playing cards, shopping, and traveling. She married her first husband, Harold E. Jones in November of 1994 and to that union, their second child was born. Nevirda was a dedicated employee who worked as an Insurance Claims Examiner beginning back in 1985 at Harrington Benefit Service and was also a Medical Billing Specialist for the majority of her life. She was very good with numbers and math just like her father Jimmie, who served as a math and physical education teacher at Cooley Vocational High School who also, at the time was the head boys’ basketball coach and assistance school principal. Her mother Vernice was also a physical education and English teacher at Jenner Elementary. Nevirda leaves her legacy to her two children; Harold L. Jones and Sabrina L. Jones and one extended daughter; Hope S. Jones. She will forever be remembered by her brother; Vernon R. Johnson, her sisters; Almetha R. Johnson, Theresa B. Johnson, Acqunetta Johnson, Jimmie A. Johnson, her three nephews, Veshon Casey, Richmond G. Wallace, Malik Gardner, and one niece, Cecelia L. Calloway. A host of great nieces and nephews, The Jones Family, and special friends; Carla, Eunice, Gwendolyn, Geraldine, and Vivian.

Nevirda Lenetta Johnson was born on January 6, 1956 in Great Lakes, Illinois on a U.S. Navy base to Vernice Bernadette Russ and Jimmie Lee Johnson. Her father Jimmie served in the United States Navy and was a Veteran of the Korean War. Nevirda&#8217;s... View Obituary & Service Information