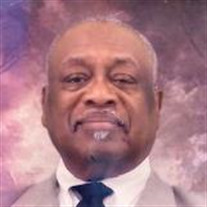 Born May 11, 1939 in Shaw, Mississippi THE ENTRY Odether Bady Sr. was born to the union of Frank Bady and Mollie Lee (Hegwood) Bady, down in the Delta. The fifth of 14 children: 6 brothers Frank Jr., George, Jefferson, Nora Sr, Charlie and Joseph; seven sisters Leola, Mae Nola, Carol, Ernestine, Mollie Lee ll., Ruthie Mae and Evastine. THE PREPARATION PERIOD Odether accepted Jesus as his personal savior at an early age at Bethlehem M.B. Church under the leadership of Pastor Brown. He left Mississippi in 1957 at the age 18 and moved to Chicago, IL during the “Great Migration” from South to North for better economic opportunities. He worked in the manufacturing and construction industry with his brother George for several years. As a young man, Odether always dreamed and even considered becoming a boxer, however, God had other plans and would eventually lead him in a new direction. HIS PRIDE AND JOY In 1961, he met and married his first wife Martha Carol Wordlaw and to this union six children were born, 5 sons Percy, Odether Jr., George, Robert, and Raymond and 1 daughter, Florida. Odether Bady Sr., was married to Martha for 25 years until in 1987 when she departed this life to live in their heavenly home where they shall never grow old. He married Leoria Rush in November of 1987, and to this union 1 son was born, Taiche E. Bady and his stepdaughter, Cassandra Rush (Everett). They were married for 33 years until his departure. A GOOD AND FAITHFUL SERVANT During his years as a young family man in the city of Chicago, he served as a deacon at Macedonia M.B. Church under Pastor Grady Watkins. Under the leadership of Pastor Watkins he served in this capacity for 12 years and was later ordained and licensed as a minister. As his family grew, he joined the Greater St. John M.B. Church in 1972 under the leadership of C.T. Baker. Later, he would serve as an associate minister under E.M. Lesure. In 1977, Odether Bady Sr., was called to pastor Christian Valley M.B. Church located in East Chicago Heights, now known as Ford Heights, Illinois where he would shepherd for 36 years. Although he was a full-time pastor, he also worked as a safety officer at the Helen M. Hefferan Elementary School within the Chicago Public School system. He worked in the CPS system from 1983 until he retired. HIS LIFE’S PLEASURE Overall, Odether wore many hats. To many who loved him, he was known as, Uncle Duck, Honey, Dad, Daddy, Bady, Mr. Bady, Reverend and Pastor Bady. He loved cooking, fishing, visiting the sick and helping people in need. Most importantly, he loved Jesus and would always ask if you knew him and “Are You Saved”? THE DEPARTURE Odether Bady Sr. departed this life and entered glory on Saturday, January 9, 2021 at 4:03 p.m. HIS IMMEDIATE FAMILY Preceding him in departure was his first wife Martha; son George Edward; parents Frank & Mollie Lee Bady Sr.; four sisters Evastine, Leola, Mollie Lee, and Ruthie Mae; and five brothers Nora Sr., Frank Jr., Joseph, Jefferson Sr., and George Bady Sr. Odether Bady Sr. is survived by his wife, Leoria of 33 years. He leaves to cherish his memories seven children: Percy (Theresa), Odether Jr., Florida, Robert (Mollie), Raymond (Chilond), Taiche and stepdaughter, Cassandra (William); thirteen grandchildren: Tasha, Darryl, Jasmine, Jaimond, Dasia, Odether lll, Chartese, Yumika, Tyler, Marta, Carmiya, Iain, and Kasadii; two step-grandchildren: Dana and Caelah; nine great grandchildren; three sisters: Mae Nola, Carol (Walter), and Ernestine (David); one brother: Charlie (Michele); two sisters-in-law; four brothers-in-law; four Godchildren: Diecha, Luciana, Larry and Larine; and a host of nieces, nephews, cousins and friends. The Bady family would like to thank you all for your love, support and prayers during this time.

Born May 11, 1939 in Shaw, Mississippi THE ENTRY Odether Bady Sr. was born to the union of Frank Bady and Mollie Lee (Hegwood) Bady, down in the Delta. The fifth of 14 children: 6 brothers Frank Jr., George, Jefferson, Nora Sr, Charlie and... View Obituary & Service Information

The family of Rev. Odether Bady Sr. created this Life Tributes page to make it easy to share your memories.

Send flowers to the Bady family.