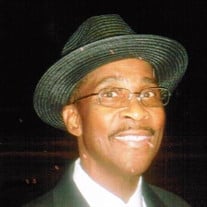 Grand Master Otis Baker was born on November 22, 1940 in Marianna, Arkansas. He grew up in the small town of Marianna where he graduated from Robert R. Moton High School. He later attended Mary Holmes Junior College in West Point, Mississippi. He went on to attend Dillard University in New Orleans, Louisiana. In 1964, he relocated to Chicago, Illinois where he would spend the rest of his life. He worked for S & C Electrical Company where he was a Tool and Die Technician for 41 years before retiring in 2006. Grand Master Baker began his study of Karate in June of 1967. He quickly rose to the top of the ranks demonstrating his abilities by competing and winning at several Karate tournaments. In 1968, he began teaching Karate at Henry Horner Boys Club. In 1974, he formed Baker's Dojo with his brothers, which is now one of the oldest black commercial martial arts school in Chicago. In 2012, he was promoted to 10th degree Grand Master. At the time of his death he continued to teach as a 10th degree black belt Grand Master and was State Director of the United Martial Arts Association. He leaves behind many master teachers and students who will continue his legacy. Grand Master Baker was a devoted Christian who was called in to ministry. After completing religious studies he was ordained as a minister in 2007. At the time of his death, he was a member of Miracle Center Baptist Church located on the west side of Chicago. He was a devoted, active member there and taught Sunday school to the church's youth. He was preceded in death by his parents, Kara Baker and Theodore Baker; his sister, Lavern Green; his son, Ronald Baker; and his grandson, Hershel Castleberry III. Otis leaves to cherish his memories, his son, Morris Baker (Natira); his daughter, Rashanna Davis (Shaunton); brothers, Eddie Baker (Llorraine) and Preston Baker (Lena); sisters, Deloris Springer (Charles), Carrie Baker, Mary Baker and Nico Baker Washington; granddaughters, Malaysia Baker and Shelbi Davis; and a host of cousins, nieces, nephews and close friends.

The family of Otis Baker created this Life Tributes page to make it easy to share your memories.

Send flowers to the Baker family.