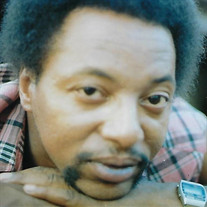 Otis Monroe, Jr. was born on March 28, 1946 to Otis and Roberta Monroe in Chicago, Illinois. He was their youngest of three children. He had two older sisters, Rita and Dorotha. Otis was affectionately known by all family and friends as "Crip". Otis met and married our mother, his first love, Claudette (Connie). He later united with our beloved step mother, his second love, Helen. Otis Jr. earned an Associates Degree in Applied Sciences from Devry Institute of Technology in 1977. At a young age, Otis was a curious child. He was an avid reader of books of science and the wilderness. Otis had a love for the outdoors, including hunting, camping and fishing. He also enjoyed electronics and cars and he cherished restoring older cars. He shared this love with his children. We have fond memories of camping, hiking and hunting. We shared many laughs during those outings. One in particular was the fight between his sons over who actually shot their first rabbit on one of those hunting trips in the desert. Otis was a family man. He loved his family and he was loved by all. Just weeks prior to his death, he reminisced about his first encounter as a 14-year-old boy meeting our mother, whom he met as he was putting up the weekend marquee at the Regal Theater. He told her then, he would marry her...and they did. Otis was preceded in death by his two older sisters, Rita and Dorotha, and his two wives, Claudette “Connie” and Helen. Our father, Otis Monroe Jr. leaves to cherish his memory of a life lived, to his children, Otis III “Chet”, Christian, Marilyn (Maurice), Eric (Latrice), Kimberly, Joi (Robert), Shawne (Arlene), Shannon, James, and Valerie (Harold); fifteen grandchildren; nine great grandchildren; his only first cousin, Janet Stubbs; his extended family from Helen including, Lewis (Evelyn), Curtis (Idella), Marie, Paul, (Gernald), John (Rochelle), Linda (Glenn), and Josephine (Larry); and a host of nieces, nephews, cousins and dear friends. He will forever be in our hearts, our loving father.

Otis Monroe, Jr. was born on March 28, 1946 to Otis and Roberta Monroe in Chicago, Illinois. He was their youngest of three children. He had two older sisters, Rita and Dorotha. Otis was affectionately known by all family and friends as "Crip". Otis... View Obituary & Service Information

The family of Otis Monroe Jr. created this Life Tributes page to make it easy to share your memories.

Send flowers to the Monroe family.