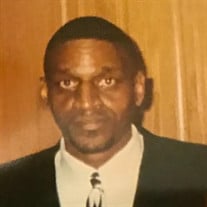 Ross &#8220;Pee-Wee&#8221; Gray was born May 30, 1951 in Mound Bayou, Mississippi. He was the first born of 10 to Gencie and Huey Gray. He attended Beethoven School and later DuSable High School. He accepted Christ in his early years. On... View Obituary & Service Information

The family of Ross Gray created this Life Tributes page to make it easy to share your memories.