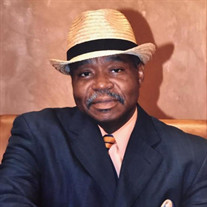 Terrence B. Kuykindall Sr. was born on June 13, 1958 in Memphis, Tennessee. He was the oldest of four boys from Kathleen Kuykindall-Readus. Terrence was 6 months old when his mother, and siblings relocated to Chicago, Illinois. He started his education at Doolittle Elementary School, and later graduated and received his High School Diploma at Dunbar Vocational High School. Terrence was introduced to the truth and went on to dedicate his life to Jehovah. He symbolized his dedication by water baptism on December 13, 1972, becoming one of Jehovah’s Witnesses. Shortly after he was baptized, he served as a regular pioneer at the age of 16, and years later, he served as an elder in the Princeton Park and Foster Park congregations. After High School he went on to pursue a career at First National Bank of Chicago where he later retired in 1999. He later met, fell in love, and married Earline Smith on October 8, 1988, and added to their union Tierra Kuykindall. Terrence was well-known and loved by many. In his younger years he enjoyed playing sports and was an avid golfer. He enjoyed many golf outings and trips with his friends. He also enjoyed playing cards. After his retirement, he invested his time in HVAC, and started his own business where his family also worked along with him. On October 30, 2018, Terrence fell asleep and in Jehovah’s memory where he awaits a resurrection. He was surrounded by his loving family and friends. He was preceded in death by his grandparents, Fannie Lewis and Willie Kuykindall; his step-father, Johnnie Readus; and his sister-in-law, Mary. Terrence leaves to cherish his memories, his loving wife Earline Kuykindall; his mother Kathleen; his three brothers Clifford (Rose), Eric Sr. (April) and Jeffrey; his four daughters Reitha (Richard), Sharon, Ebonee and Tierra; his three sons Jonath (Marelia), Avern (Venus) and Terrence Jr.; 15 grandchildren; 8 great grandchildren; and a host of loving family and friends.

Terrence B. Kuykindall Sr. was born on June 13, 1958 in Memphis, Tennessee. He was the oldest of four boys from Kathleen Kuykindall-Readus. Terrence was 6 months old when his mother, and siblings relocated to Chicago, Illinois. He started his... View Obituary & Service Information

The family of Terrence B. Kuykindall Sr. created this Life Tributes page to make it easy to share your memories.

Send flowers to the Kuykindall family.