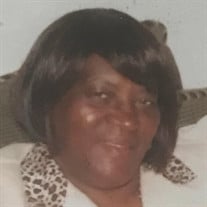 On a very cold night in Sommerville, Tennessee, on the 14th day of February 1933, Thelma Dean Morrow was born to parents Jack Woods and Myrtle Morrow. Thelma showed extreme strength and resilience from the start having battled measles as an infant. She came of age on a southern farm where lessons of hard work and community were an asset she would later instill in her lineage. While she gained life skills on the farm, Thelma believed her scholastic education was just as important. She attended Allen White High School in Whitesville, Tennessee. In 1957, Thelma packed a suitcase and traveled to the electrifying city of Chicago. The city promised a new fast paced life with access to jobs, housing, music and nightlife. Thelma moved in with her cousin James and his wife Mary Sue and found work at a cleaners. A few years later, she became reacquainted with Alfred Gray, whom she’d known from her hometown. They married in 1959. Thelma began domestic work for Merry Maids where the work skills and ethic she’d learned on the farm made her a top requested employee. Those same attributes helped make her house on 57th Street a home to so many of her family and friends. Thelma’s hospitality was well known by all those around her. Many of those reading this are benefactors of her kind words, fulfilling meals and the warmth of her home. It is in this home on January 30, 2018, that Thelma Dean Gray fell asleep in death. Thelma Gray dedicated her life to Jehovah and symbolized her dedication through water baptism in 1972. She loved the ministry and pioneered for many years. She attended pioneer school three times. Thelma's strong faith and trust in Jehovah fortified her confidence in the Bible's promise of the resurrection. She often shared the scriptural hope found in Revelations 21: 3-4 with family and others with whom she came in contact. We look forward to seeing that promise fulfilled. The beautiful Thelma Gray was preceded in death by her parents, her husband of 21 years, Alfred Gray, her siblings Colleen Morrow and Ann Woods and her children Alfred Keith Manning, Loretta Manning, Gregory Gray, Tammy Newton and Gwedolyn Reynolds. She leaves to cherish her precious moments, her children Arthur (Pat) Morrow, Freda Clark, Elaine Gray-Dixon, Alvin (Desiree) Gray and Andre (Jhatanya) Gray; three sisters Sandra (John) King, Mary (Archie) Owens and Terry Woods; two brothers Jimmy (Velma) Woods and Willie (Martha Ann) Woods; 24 grandchildren, 33 great grandchildren, 5 great-great grandchildren and a host of other relatives and friends.

On a very cold night in Sommerville, Tennessee, on the 14th day of February 1933, Thelma Dean Morrow was born to parents Jack Woods and Myrtle Morrow. Thelma showed extreme strength and resilience from the start having battled measles as an... View Obituary & Service Information

The family of Thelma Dean Gray created this Life Tributes page to make it easy to share your memories.

On a very cold night in Sommerville, Tennessee, on the 14th day...