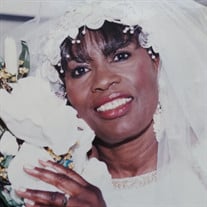 Tomma Sheffield-Fuller was born June 2, 1931, to the union of Dave and Vashti (Thelma) Bennett. She attended grade school in Jonestown, MS and later married William Robinson, Sr. who has preceded her in death and from this union one son was born William (Willie) Robinson, Jr. The family later moved to Cleveland, OH where her son graduated from high school. She later married Samuel Sheffield that also preceded her in death. Jehovah’s Witnesses contacted Tomma from the door-to-door ministry in Cleveland, OH. This is when she learned that God had a personal name “Jehovah” for the first time, and that living in Paradise on the earth was his original purpose that will be fulfilled in the near future. Sometime after she moved to Chicago, there came a turning point in her life where she accepted a Bible study in her middle 40’s and dedicated her life and got baptized as one of Jehovah’s Witnesses in 1978. Tomma was well known for her hospitality in the congregation and towards the travelling servants over the years. Young people in the congregation were especially drawn to her because of her kind spirit and she took them many places. She had a passion for the “art of cooking “and many loved her tasty dishes. She always had a generous spirit especially if the friends needed housing until they could transition to a new place. She was known as an outspoken and very frank sister by all that knew her. But those that understood her knew that she only wanted the best for you. Later in life she married Brother Richard Fuller and they served Jehovah as a couple until his death. Tomma missed her calling as a designer and hairdresser as she and her husband were known as the well-groomed couple among the friends. On December 4, 2021, Tomma fell asleep in death at the University of Chicago from heart failure. She was preceded in death by her only son William Robinson, Jr, and parents: Dave and Thelma Bennett (Keys), brothers: J.B., Dave, Charlie, sisters: Minnie Murray, Maebelle Brown. She leaves to cherish her memory her oldest sister: Mary Fisher, grandson William Robinson III; and granddaughter Yovanda Robinson; and her special nieces: Gwen, Bobbie, Desser, Linda, Jean, Virginia, and Robbie; and special nephews: Jerry, Richard, Jessie, Kirk, Jay, Malcolm, Charlie James, Tony, Charles and Tommy and special friends: Terra, Beverly, Mary, Rosiland and a host of other relatives and devoted friends.

Tomma Sheffield-Fuller was born June 2, 1931, to the union of Dave and Vashti (Thelma) Bennett. She attended grade school in Jonestown, MS and later married William Robinson, Sr. who has preceded her in death and from this union one son was... View Obituary & Service Information

The family of Mrs. Tomma Sheffield-Fuller created this Life Tributes page to make it easy to share your memories.

Send flowers to the Sheffield-Fuller family.