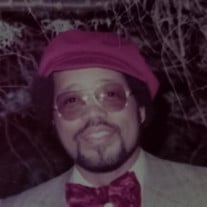 Walter Edward Smith was born May 22, 1933 to Frank Paul Smith and Sallie Harriet Bird in Marion, Ohio. In 1938, the family moved to Chicago, Illinois. Walter graduated from wendell Phillips High School in 1951. After graduation, he attended the Wilson Academy of Arts. Walter joined the United States Air Force in 1952, and was stationed at Travis Air Force Base in California. On August 3, 1953, Walter married Janet Juanita Porter. From this union there were six children that he was proud to be called their father JoAnne, Wayne, Kelvin, Jeri, Arlest, and Lara. Walter was honorably discharged from the United States Air Force in 1956. Walter worked for CTA for many years. During that first major snowstorm at 1967, the City of Chicago was paralyzed and nothing was moving. Smitty, as he was often called, did not make it home from work that day. Smitty was able to help passengers on his bus get a meal and stay warm, (at least that’s his story and we are sticking to it). From the CTA, Walter went to Malcolm X College where he fell in love with Radiology. He truly love the medical field and he always expanded his knowledge of the human body. Walter knew how to perfectly take any type of x-ray and teach these skills the many of the students that crossed the threshold of the Radiology Department. Two of these students were his sons Wayne and Kelvin. Walter retired from this field in 2004 when he was 71 years old. The education that he received at Malcolm X, he took with him everywhere he went, especially when he had doctors appointments. He would like to use medical terminology when talking to his doctors. Many times we surprise the doctors and nurses with how much he knew. When checking in for his doctors appointments he would love to say his name slowly and watch the reactions of the ones checking him in...”Walter E. Smith”, of course they would reply “the furniture company” and he would just smirk. Walter was intelligent, witty, and a very dapper dresser. Many of his photos would show his hat cocked to the side as he would say “Acey Ducey!” Before he became ill, he had the southside walk down to a “T”! Walter lobed jazz what he called “old school jazz” John Coltrane, Duke Ellington, Miles Davis, and David Brunek. Walter was fond of his family he made a list of each family members names, birthdates and anniversaries. You probably got a call from him when that date rolled around. Walter wanted to be remembered as you saw him last and not what he became during his illness. There are memories that you have of Walter share them with one another knowing that he LOVED and LIVED his life according to Walter Edward Smith’s terms. WalterEdward Smith fell asleep in death on November 28, 2020, surrounded by his children. He was preceded in death by his father Frank; his mother Sallie; his brother Henry; his wife Janet; and his sister Mary Frances Smith. Walter leaves to cherish his memory, his children Joanne (Gregory), Wayne, Kelvin (Debbie), Jeri, Arlest, and Lara; two sisters Lilly Henry (her children Robert, Aaron Clarence, Pearline, Linda, Kevin and Regina) and Beatrice Smith (her children Harriet and Damani); sister-in-law Laura Smith; his grandchildren LaTonia, Natalie, Chani Gregory, Robert, Wayne Jr. Nicole, Phylisa, Kelvin Jr., Kelsia, Christopher, Kyle, Kamaron, Aloysius, Hakeem, Kelvin, Charles, Arlest Jr., Keifton and Keiton; as well as many other family members and friends.

Walter Edward Smith was born May 22, 1933 to Frank Paul Smith and Sallie Harriet Bird in Marion, Ohio. In 1938, the family moved to Chicago, Illinois. Walter graduated from wendell Phillips High School in 1951. After graduation, he attended... View Obituary & Service Information