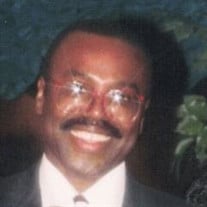 Nearly 65 years ago in a small wooden house about 2 miles north of the little town of Blackhawk, Mississippi, a son entered into the world. He was the 7th child of Mrs. Mary Virginia Payton. She named her baby boy Willie George. The date was April 9, 1957. Two years later she moved her family to another Delta town, Itta Bena, MS, where they remained until 1964. In that rural Mississippi setting, young Willie George Payton thrived; developing the quiet, mild, peaceful personality that would characterize him throughout his life. Willie completed his formal education in the Chicago Public School system – graduating from Crane High School in 1975. He continued his academic pursuits at Northern Illinois University, then at the University of Illinois College of Pharmacy. As a Board-certified licensed pharmacist, he worked several years at Walgreens Drugs and later at CVS-Caremark until his retirement. The year 1986, saw the meek, mild-tempered Willie Payton searching the scriptures, diligently studying God’s word, accepting its counsel, and dedicating himself to Jehovah. He symbolized that dedication by water baptism as one of Jehovah’s Witnesses on November 15, 1986. About 2-years later he met and chose Laura as the one to share the rest of his life. Their marriage also cemented the special bond of affection and friendship that existed between Willie and Laura’s 10-year-old son, D’Ghon. Willie accepted and always referred to D’Ghon as “my son” and D’Ghon readily and enthusiastically embraced Willie as “my father”. Memories are precious. Many were received in this home that invited and simply drew children. Among those entering (and sometimes staying!) affectionately calling out to “Unca Willie!”, “Poppa Payton!” or “Daddy!” are: D’Ghon I., Daniel, Caleb, Melina, Jessica, Bianca, Jarod, Jaylen, Danielle, Darien, Dionne, and Andre. N’Starria, Makaiyah, Emani, and Amir are the latest ones who were very special and embraced by Willie. They were very close to his heart. All have fond memories of the Bible studies, assemblies, and conventions, shopping sprees, Florida vacations or sometimes just talking or competing for his attention. All do miss their gentle, caring “daddy”. Treasured memories of nearly 34 years of marriage are left, cherished, and shared by his devoted wife, Laura. These years will never be forgotten. Oher family members with special memories of mild-tempered, helpful Willie include: four sisters - Katie (Willie Lee) Ray, Willie Seay, Virginia Thompson, and Patricia (Dan) Harris; three brothers Eddie, Uzee (Robin), and Hugh; several nieces, nephews, cousins, and one uncle. Many spiritual brothers and sisters in his home congregation Roseland and other congregations that he associated with also will remember Willie as easy-going, helpful, and kind. Many will remember personal kind deeds he performed directly or indirectly in their behalf. Willie will also be remembered by some who formed bonds of friendship during high school that continued on through college and continued to the end of his life: notably, Johnny Tinson, Latonia Williams, Dr. Cortez Tucker and Kenny Southward. All those who knew and loved Willie George Payton are saddened by his death on March 11, 2022. But all can rejoice and take comfort in the hope mentioned at Acts 24:15 “There is going to be a resurrection of both the righteous and the unrighteous.” We patiently await that day.

Nearly 65 years ago in a small wooden house about 2 miles north of the little town of Blackhawk, Mississippi, a son entered into the world. He was the 7th child of Mrs. Mary Virginia Payton. She named her baby boy Willie George. The date was... View Obituary & Service Information

The family of Mr. Willie Payton created this Life Tributes page to make it easy to share your memories.

Nearly 65 years ago in a small wooden house about 2 miles north...

Send flowers to the Payton family.