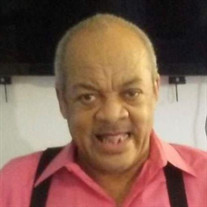 Willie was born June 12, 1946 in Glendora, Mississippi. Willie was the youngest child of 9 children born to the union of Burl and Mattie Whitaker. Willie transitioned home to be with the Lord on May 4, 2020. Preceding him in death, his parents Burl and Mattie Whitaker and siblings Lucy McGee, Burl Whitaker, Robert Whitaker, and Jurlene Fedrick. On June 23, 1968, Willie married Mary Robinson and from that union they had two children: Nicole and Derrick. This marriage would only last for six years. Shortly after this dissolution, Willie met another beautiful woman, Cenderesa (Kitty) Phillips, and from that union they had two children: Lisa and Elliott. Due to unforeseen circumstances, God saw fit to call Kitty home. Even after the demise of Kitty, Willie did the honorable thing and continued raising Lisa and Elliott. As we speak of being honorable Willie took great pride in serving and helping others. Willie posed great patriotism as he served in the US Army in the Vietnam War, as well as how he strived to make a difference with each interaction, and exchange. After serving his time in the Army, Willie worked at Kodak, as a skilled worker. To know Willie is to love him, he was a visionary, he had a millionaire spirit, he was destined to be a millionaire and take everyone with him. There was never a dull moment when Willie was around, you were guaranteed to experience an adventure. Willie accepted Christ as his personal savior at a young age, he joined Holy Zion in 1964 under the tutorship of R.T. Roundtree. Willie was a faithful member until his health failed him. He held a position as a Deacon at First Holy Zion M.B. Church, under the leadership of Bishop David A. Jordan. Willie leaves to cherish his memories, four siblings: James (Eddye) Whitaker, Larene (Charles) Tatum, Bobby (Rosie) Whitaker and Dorothy (Dennis) Meeks; four children: Derrick (Elizabeth) Whitaker. Nicole Whitaker-Minor, Elliott Philips and Lisa (Andre’) Watts; nine grandchildren: Vaughn Whitaker, Cleveland Clinton Jr., Takiera Samuels, Jordan Whitaker, Sinea Minor, Syann Minor, Jasenta Froiland, Ellijia Phillips and Kamari Phillips. Additionally, his legacy lives on with two great-grandchildren: Khari Shannon and Joahkim O’neal; and a host of nieces, nephews, cousins and friends.

Willie was born June 12, 1946 in Glendora, Mississippi. Willie was the youngest child of 9 children born to the union of Burl and Mattie Whitaker. Willie transitioned home to be with the Lord on May 4, 2020. Preceding him in death, his parents... View Obituary & Service Information

The family of Willie Whitaker created this Life Tributes page to make it easy to share your memories.

Send flowers to the Whitaker family.